Antique Caucasian Karabagh circa 1890 – These rugs were made in the south-eastern Caucasus close to the Kazak district and bordering north-eastern Iran. These rugs are exemplary in their quality and design and are considered amongst the best carpets made in the Caucasus region. This region uses a distinctive weave, a double weft which occurs between every two rows of knots. The geography of Karabagh contributes to the rugs falling into multiple design categories: the village type similar to the richly colored Kazaks, the city type influenced by classical Persian style and the Russian design appealing to Western tastes and sensibility. Karabagh rugs feature medallion like â€œeagle kazaksâ€, â€œcloudband kazaksâ€ with medallions containing s-like forms and pictorial and realistic (French style, Aubusson and Savonnerie) floral motifs. This one shows horsemen making it a very collectable piece._x000D_ 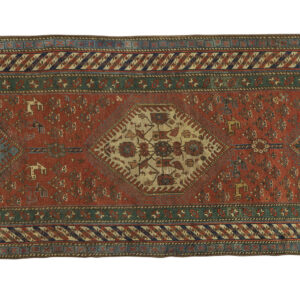 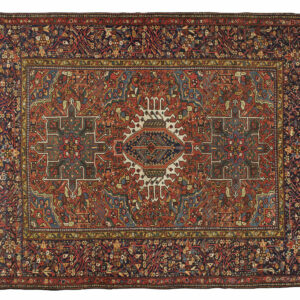 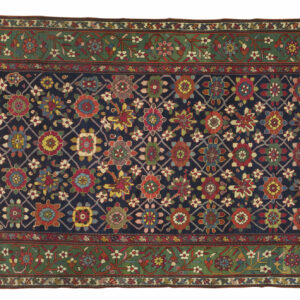 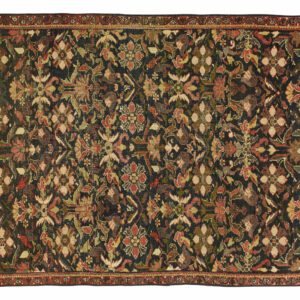 Product has been added to cart